The British Psychological Society  have recently published an evidence briefing which outlines the importance of having a psychological understanding of the complex causes of behaviour that challenges in dementia.

The key messages of the briefing, prepared by the Society’s Dementia Advisory Group, include:

The government is asking organisations with expertise and experience in tackling loneliness to provide views on the strategy framework being developed. It is believed that factors contributing to loneliness include disability, ill health and caring responsibilities. The closing date for comments is 20 July 2018. 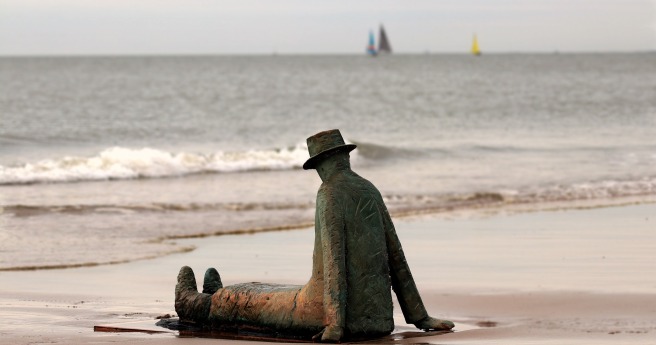 The Government’s Loneliness Strategy will be its first step in tackling the long-term challenge of loneliness. Loneliness is a complex issue that affects many different groups of people, and its evidence base is still developing. The current evidence base tends to measure loneliness in terms of frequency, and it shows that people who feel lonely most or all of the time are more likely to suffer ill health.

In addition, people who feel lonely more often can become more sensitive to perceived threats and withdraw further, creating a vicious cycle. As a result, the stratgey will look at approaches that reduce the risk, prevent loneliness or that intervene early, before loneliness becomes entrenched.

The Office for National Statistics (ONS) recently analysed how individual circumstances and characteristics contribute to the likelihood of experiencing loneliness, holding all else equal. The ONS found that the following were significant factors:

Therapeutic lies are frequently used communication strategies, often employed when the person with dementia does not share the same reality as the carer. Their use is complex and controversial, and a number of protocols have been produced to guide their usage (Mental Health Foundation, 2016).

The study examined clinicians’ perspective on using therapeutic lies in their daily practice and their roles in encouraging the proper use of such a communication strategy. Method: This project sampled the views of clinicians, mainly psychologists, before and after attending a workshop on communication in dementia care; they were asked whether psychologists should have a role in teaching others to lie more effectively.

Results: It was found that following a comprehensive discussion on the use of lies, the clinicians recognized they lied more than they had originally thought, and were also significantly more supportive of having a role in teaching others to lie effectively.

Conclusions: Clinicians, mainly psychologists, increased their support in the use of therapeutic lying. They considered others would benefit from the psychologists giving supervision in how to lie effectively.

The National Institute for Health and Care Excellence (NICE) have updated their guidance on the management and support of dementia.  This is the first time the guideline has been updated in 10 years, and acts as a reference for best practice for all those working in the health and social care field, including GPs, and social workers.

A NICE spokesman said the key changes are the recommendations around training staff correctly and those to help carers to better support people living with dementia.

It also recommends providing people living with dementia with a single named health or social care professional who is responsible for coordinating their care.

The updated guidance also recommends that the initial assessment includes taking a history (including cognitive, behavioural and psychological symptoms, and the impact symptoms have on their daily life) from the person with suspected dementia, and if possible, from someone who knows the person well.

Full guideline: Dementia: assessment, management and support for people living with dementia and their carers (NG97)

Healthcare professionals in GP surgeries and the community will soon give advice on dementia risk to patients as part of the NHS Health Check.

Adding the dementia element to the NHS Health Check programme will enable healthcare professionals to talk to their patients about how they can reduce their dementia risk, such as by maintaining their social life, keeping mentally and physically active and stopping smoking.

It is estimated that over 850,000 people are living with dementia in the UK with little public understanding of how it’s possible to reduce the risk. While much of the NHS Health Check focuses on reducing cardiovascular disease (CVD) risk, the advice for preventing CVD is much the same as for dementia: ‘what’s good for the heart is good for the brain’.

Alzheimer’s Society has pioneered the involvement of people affected by dementia in its research programme since 1999. During this time its Network of people with dementia, carers and former carers have been actively involved in all research funded by the Society and has developed over 100 individual research partnerships to ensure that the dementia research community across the UK has access to lived expertise of dementia in the design, delivery and dissemination of their research.

A report has been published which includes a number of quotes from researchers across each of these four themes and a short video which describes impact.

Full report: ‘We can make our research meaningful’. The impact of the Alzheimer’s Society Research Network

The approach of the project has been to work together with stakeholders and those affected by dementia to define the problems and find an effective solution. Learning from people who are directly affected,  Alzheimer’s Society hopes to meet their needs and make a difference to people’s lives. The project follows the Innovation LIFE model – Learn, Investigate, Find and Experiment.

Previous studies investigating the effects of alcohol consumption on Alzheimer’s disease have been controversial — some have indicated that alcohol has a protective effect, while others have pointed to a deleterious role for alcohol in the development of this neurocognitive disease. Recent research has suggested that alcohol consumption, and its impact on the immune system and inflammation in the brain, may be the vehicle through which alcohol might exert its influence on the development of Alzheimer’s disease, but no previous studies have directly evaluated which genes are affected by alcohol in cells in the brain involved in protecting against Alzheimer’s disease.

In this study, researchers conducted a cell-based study which suggests that alcohol may impede the clearance of amyloid beta in the brain. Their results are published in the Journal of Neuroinflammation.

Innovative new technology could enable people with dementia to receive round the clock observation and live independently in their own homes, a new study reports. | University of Surrey | via ScienceDaily

Researchers from the University of Surrey in partnership with Surrey and Borders Partnership NHS Foundation Trust have developed state of the art Artificial  technologies, powered by machine learning algorithms, to monitor the wellbeing of people with dementia.

The study known as Technology Integrated Health Management (TIHM) for dementia, uses the ‘Internet of Things,’ a network of internet enabled devices (sensors, monitors and trackers) installed in homes, which can detect an immediate crisis as well as changes in people’s health and daily routines. Any change could indicate a potential health issue and if identified early could prevent a person from becoming seriously unwell and requiring emergency hospital admission.

The well-being of people with dementia can also be monitored using this innovative technology which can detect agitation and irritability.