“Depression and cancer drugs offer hope for dementia sufferers,” Sky News reports. The headline is prompted by a study looking at the effect of two drugs – one used to treat depression and another being trialed for cancer treatment – on neurodegenerative diseases | NHS Choices 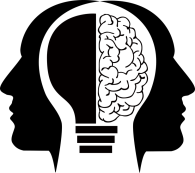 This early stage experimental research has demonstrated a beneficial neurological effect of trazodone and dibenzoylmethane on mice with diseases mimicking neurodegenerative diseases.

It is important to acknowledge that this is animal research and therefore the drugs might not have the same effect when they are trialled on humans.

That being said, trazodone is already an approved drug for depression and sleep problems and has therefore already passed safety tests. If the mechanisms of neurodegeneration in humans and mice are similar, it is possible trazodone could be used in the future in treating Alzheimer’s and other neurodegenerative diseases.

These early tests are promising. However, these drugs need to be proven effective and safe in people with neurodegenerative diseases before becoming available.

Even if these are proven safe and effective, it is often a lengthy process from the start of human clinical trials to drugs being marketed and available to healthcare providers. This is especially true for long-term conditions where progression may be slow. Therefore, it could well be several years before these drugs are available for the treatment of neurodegenerative diseases.